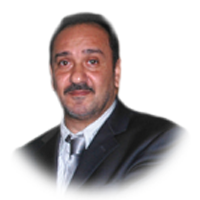 Mr. Tarik Mishkhas is a seasoned journalist with a vast working experience in Urdu, English, and Arabic newspapers that extends back to almost three decades. He born in 1960 and got his Bachelor in English Literature from Cairo University. He also holds a diploma in Spontaneous translation from The American University in Cairo and Diploma in Journalism from Thompson Foundation, Wales.


During his long career as a journalist, Mr.Mishkhas has worked in Urdu News—Malyalam News; Urdu News—Urdu Magazine; Malyalam News; Al-Madina Newspaper and Arab News. From 1986 to 1987 he has also served as Saudi Educational Attaché in Cairo, Egypt.


He has been conferred upon with Sitar-a- Quadi-A-Azam Medal from Government of Pakistan in recognition of his services for Urdu Media in Saudi Arabia. He has also been awarded Don Rowland Award for best Journalist from Thompson Foundation.