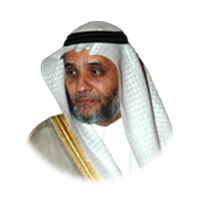 Faheem Al Hamid is a renowned personality in the field of journalism. He has more than two decades experience in Journalism with expertise in the Sub-Continent and International and Political affairs. His current position is the Assistant Editor-in-Chief Daily “Okaz” newspaper Arabic and “Saudi Gazette” the sister English daily.

Mr. Faheem Al Hamid was born in Saudi Arabia in 1962. He has obtained his Masters degree in Public Administration. He has done diploma in Advanced Journalism from Florida, USA and attended many International seminars on Media and Public Relations. He is expert in English and Arabic languages.

Mr. Faheem Al Hamid has wide spread experience in the field of Political and International affairs. During his career he has interviewed a number of famous personalities around the world, naming the few includes Shaheed Benazir Bhutto , Yasser Arafat, Hillary Clinton, Colin Powell, Hosni Mubarak, Muammar Gaddafi, Mahathir Muhammad, Angela Miracle of Germany and Jacques Chirac. He has been the live witness of the famous political and geo-strategic scenarios. As a war correspondent he has the credit of reporting live from the Gulf-War I and II front lines in 1990 and 2002, covering the Iraqi occupation and Allied liberation of Kuwait, and later the US-led war to topple Saddam Hussein. He has reported from the Line of Control in disputed Kashmir in 2000. He has covered the war in the valley of Swat against Taliban of Pakistan (The first serialization on Swat analysis in Arab and Islamic media) May 2009. At the time of 9/11 he was in USA for the training course. He wrote a series of articles themed “America under Attack” He is the world’s first journalist to conduct and publish a daily series of interviews immediately after the 1997 nuclear tests by India and Pakistan. He has covered and reported from ground zero (Afghanistan) on the collapse of the Taliban regime (2001). He is the only Arab journalist chosen for the International visitor program organized by the US State Department to monitor the 1996 US election campaign. He has covered all the elections that brought Benazir Bhutto, Nawaz Sharif and Shoukat Aziz to power.