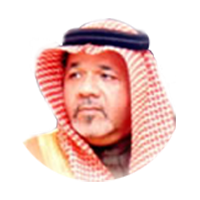 Dr. Fouad A. Al-Farsi born in Makkah, Kingdom of Saudi Arabia in 1946. He holds a Doctorate Degree in Economics, Political, and Administrative Development from Duke University, North Carolina. Before that he got his Master Degree in American Government from the same institute in 1975 and Master in International Relations from Portland University Oregon in 1971. He did his University Degree in Law from Beirut Arab University in 1968. Currently he serves as Minister for Hajj in the Kingdom of Saudi Arabia.

He has also participated in the membership of Boards of Directors of many bodies and government establishments and represented Saudi Arabia in many local, regional, and international associations. In 995 he was appointed as a Minister of Information and Ministerial Formation, Kingdom of Saudi Arabia. He is now serving as Minister of Hajj in the Kingdom.

He is a seasoned writer and has extensively written on diverse national and international issues related to Saudi Arabia. He has also authored almost eight (08) books in English and Arabic languages, which includes; Kingdom of Saudi Arabia: Comparative Studies in Development; Current Political Disputes; Information and International Conflict; In Information and Politics and other Disputes; Originality and Modernism: Saudi Equivalence; Writing of King Fahd bin Abdul Aziz; Information and Modern Challenges; and Crime of the Time and Political Explanation.